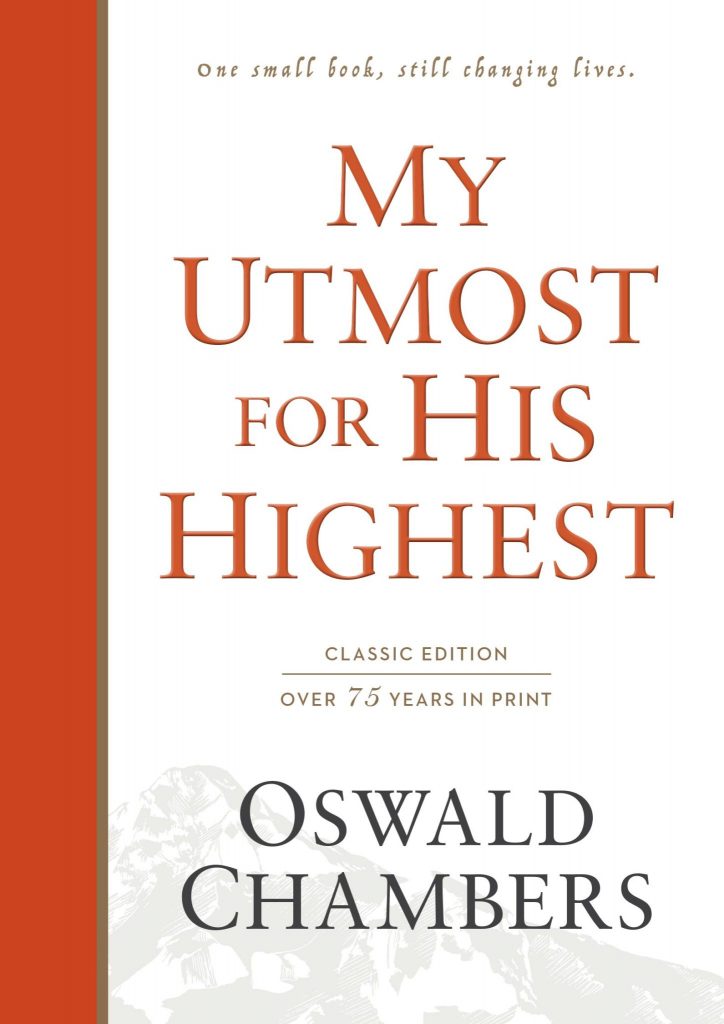 My Utmost for His Highest will encourage and move you to think more deeply about your relationship with the Lord.

My Utmost for His Highest has sold over 13 million copies worldwide and is considered one of the most popular religious books ever written. These captivating words of wisdom from Oswald Chambers have challenged and inspired readers for more than 80 years.

Oswald Chambers was a teacher and preacher whose messages cut to the heart of the gospel.  His wife, Biddy, transcribed his lectures and sermons and compiled them into books, the most popular being My Utmost for His Highest. The title is taken from a thought in one of his sermons: “Shut out every consideration and keep yourself before God for this one thing only—My Utmost for His Highest.”

Chambers was a man completely devoted to Christ, and his life and writings clearly portray that. This daily devotional has inspired countless people to drink deeply from the biblical truths that Chambers so passionately championed.